The story shared is one of inspiration to all those that are told they “cannot have a home or water birth with gestational diabetes”.

This story has been written and shared by Lisa herself. Thank you for taking the time to share a wonderful birth story with us xx

“Elsa Grace was born safely at home at 12:59am on Tuesday 1st July 2014. We are Christians and we are so grateful to God for her.

I knew prior to Elsa’s conception that I wanted to give every chance for her birth to be different to her brother’s. What I didn’t realise until these later days is that my first experience had taken such a lot of confidence from me – yes, I believed totally in the power of other women bodies to give birth to their babies without medical help at just the right time. But I realise now that deep down I didn’t know if mine could – this body that becomes diabetic when pregnant, incubates its babies beyond hospital induction dates – this body that needed so much “help” last time.

The diabetes aspect I was confident we had been able to control, and I knew my dates were correct this time. But as the days rolled past, even though I knew I was still well within the realms of normal, the doubts started coming – why was I not going into labour? Was this not possible for me? I looked to a homebirth email group I am part of for support – the words of one lady really helped me – “you will go into labour too”. I believed her.

And I did! On Sunday night I went to bed with very very (I now realise) mild contractions. I felt excited. I had my show overnight and stayed foolishly awake thinking about it far too much. This was it…. wasn’t it? (still the doubts). But then Monday morning came. I realise now that I had in my head of what my “normal labour” would look like. I would start contractions and they would get more intense in a neat and tidy pattern and then I would have my baby within a few hours. That seemed to be the experience of several recent friends with their second babies. Monday didn’t look like this. I had stop start contractions all day. And mainly only when I was upright and walking around. When I sat or lay they stopped. The midwife came. She said not to worry, my baby was on its way, in his or her timing and his or her way. But I found it hard to believe her. Maybe my body can’t do this. Maybe I need syntocinon to get contractions going, like I did last time. So many doubts.

By about 8pm Monday I was exhausted from all the pacing around, and not much sleep the night before. When I had a contraction, every 5 to 10 mins if I was standing up, less so if lying down, then they were getting much more intense. But there was no neat pattern or rhythm to them. Things are changing, my husband said, but I didn’t believe him.

I made my peace with the fact that I was not in active labour despite my expectations, and decided finally to make the most of the chance to rest, and went to bed. I slept for an hour or so with contractions waking me intermittently. At 9.30pm I talked to my husband, and we set up a bed for me downstairs so I could rest as much as possible but leave him undisturbed. He texted the midwife at 9.37pm. It said “Things have died down and we will try and rest”. I felt ok but disappointed in myself. Maybe I can’t do this for some reason.

By 10:30pm long, very painful contractions began to rouse me. But they only came every 10 minutes. I had read in my book about natural birth – “that really is quite far apart”. I dozed between. At 11:54pm I called my husband as they were still far apart, but becoming a bit unmanageable. I still didn’t really believe I was in labour! But some instinct in me wanted to try to the birth pool. My husband went to fill it up. “You are doing really well” he said, “things are happening”. I wasn’t sure.

As soon as he went upstairs things changed almost instantly. There was suddenly no break really between contractions. It was intense and very painful. It took about 40 minutes to fill the pool (hose malfunction!) and my body decided to show me that it did know how to contract pretty well! By about 12:40pm I was seriously questioning if I could do this at home, without an epidural. Why was I doing this as home?! I somehow got myself upstairs and flung myself into the pool. The relief was amazing and I got a short and much needed rest. If I had listened to my heart I knew I was in transition. But my head said that probably wasn’t possible, after all that would mean this really was happening.

At 12:50pm I experienced the first remarkable pushing contraction. Agonising and yet amazing and empowering to see the force with which my body could work. I didn’t work with it or against it. It was what it was, and my body was going to bring this baby into this world whatever my mind believed was possible or not. The midwife was called. By 12.56pm she was called again as I felt the head come out of my body into the water. She said to call an ambulance and whilst my husband spoke to Lucy on a 999 call I felt my baby’s head rotate in my hand as she prepared her shoulders to come out (what a moment!!). With one more of these incredible contractions my baby left my body for the last time. I picked her up out of the water with a calm awe. Pink and beautiful she stared at me through open eyes and then let out a little cry to satisfy her dad and Lucy. All was well. When we had stopped staring at each other I looked down to tell them that we had a baby girl.

5 ambulance crew joined us shortly after and my amazing midwife not long after them. Elsa was covered in vernix, my placenta was perfect. Her blood sugars stable and normal. The diabetes was controlled and had not affected her and she was in no way post dates. All those things we had long believed would be fine, depsite what hospital policy said about them, were indeed true.

I had agreed to go into hospital if I needed suturing, which I did for two small tears, but not a nick along the scar of my 3a from last time. I had minimal blood loss despite the haemorrhage last time (which I had always believed was from the tear not my uterus).

“I’m sorry you missed it” I said to the midwife as we waited in hospital, “I didn’t really believe I was in labour until quite late on”. My midwife said this was the best way. If she had been there some small part of me would have believed it was her that had delivered my baby. Now I could be in no doubt that normal birth was not just an idea or a theory that works for some people. My body can bring new life into this world just as it was designed to do. What better way to be convinced of that than our experience above! As I write this I see there is no way that my prayers since my GD diagnosis in my first pregnancy could have been answered more abundantly. I am so grateful. Of course I accept there are many reasons why birth cannot always be like this. But there were no reasons in my case. And therefore the way she arrived does and forever will matter. She has provided restitution to me, and to her brother.”

For more information on home water birth with gestational diabetes, you can read more here. 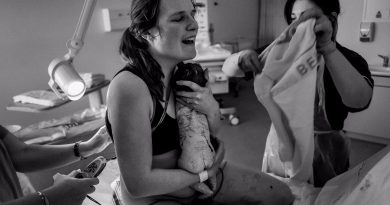 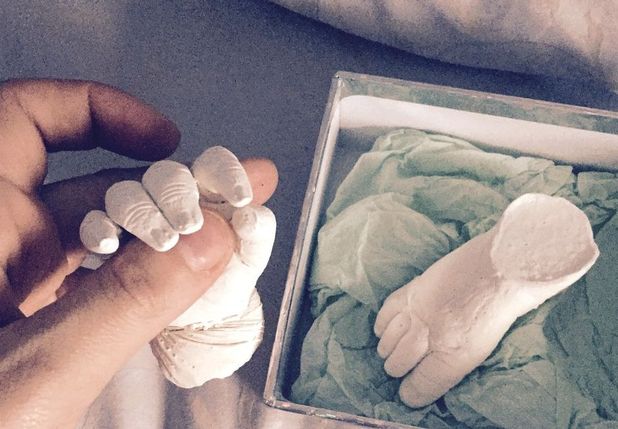 Congratulations @blaiseberry_ you are the winner o

All you can do is #tryyourbest now more than EVER

THE STRUGGLE IS REAL! Gestational diabetes is a R

Hi everyone, I’m very excited to offer this amaz

I’ve had a wonderful relaxing week away on the b

Good morning from the beautiful and sunny Isle of

In my previous post I shared Leanne & Matt’s sto