Can we eat ice cream, ice lollies and frozen yogurt with gestational diabetes? Of course, we can, but we have to make mindful choices if we don’t want to spike our blood glucose levels.

Ice cream, like liquid is processed and absorbed much faster than other foods, therefore blood glucose can spike rapidly.

Re-written for Summer 2021, in this post, I’ll share hints & tips and my best finds, so that you can make informed choices and still enjoy an ice cream, milkshake, or iced drink without worrying too much over spiking blood sugars.

‘Diabetic’ or sugar-free ice cream is often the first thing ladies turn to with gestational diabetes. There are lots of these ‘diabetic’ ice creams on the market, some like Frank’s are widely available in many supermarkets and it’s common to see diabetic ice creams in independent ice cream parlours.

Frank’s Dialicious is made with fructose, a natural simple sugar found in honey and fruit which carries a lower glycaemic load, or glycaemic index.

But as many of you will know, natural sugars in fructose (found in fruit & honey) still raise our blood glucose levels just as much as other forms of sugar and it is not something we can eat without concern. This ice cream contains more carbs than many standard ice creams.

Some of these ice creams aimed at people with diabetes are fine to eat with gestational diabetes but you shouldn’t have to pay more for these ‘diabetic’ products and should be aware of the ingredients used.

Diabetic ice creams can sometimes have a funny aftertaste or texture too, so whilst they might not send your blood sugar levels soaring, you may find alternatives that suit you better. That said, sometimes it’s just enough to take the ice cream craving away when you’re walking along the beach.

Ice Cream Nutritional Information, know what you are eating

The nutritional information label on ice cream will often state amounts per 100g, or per 100ml, or per serving. 100ml of ice cream is much less than 100g.

It’s important to understand that with ice cream, 100g is NOT equivalent to 100ml. 100ml is approx. 2 small scoops of ice cream

Oppo ice creams are an indulgent ice cream that they say can be eaten ‘guilt free’. These luxury ice creams made with cold-pressed virgin coconut oil and are sweetened with stevia leaf which is a natural sweetener. Due to to the low carb content alongside high fat and a wonderful taste, these are by far the BEST GD friendly luxury ice creams I have found! The carbs are low, with a good amount of natural fat and protein meaning a serving (2 x scoops) of Oppo can be eaten without pairing with additional protein and fat!

Oppo comes in a range of flavours which they frequently update including vegan options. You can purchase Oppo ice creams directly from Oppo online, or find your local stockist via this link. Oppo also has ice cream sticks that are coated in chocolate. Due to the chocolate coating, these benefit from being paired with additional protein and fat when eaten to reduce spikes in blood glucose levels.

Coming in second place, a more budget-friendly option is Graham’s family dairy Goodness ice cream (these are widely available in Scotland). These ice creams are low in carbs, have a good amount of protein, but are also lower in fat and therefore would benefit from a little pairing to play safe. Adding some crushed nuts, or cream will help make this a more tolerable treat. There are currently 5 flavours to choose from, with 3 being more widely available: Mint Choc Chip, Salted Caramel, White Chocolate with Raspberry Ripple

Morrisons have also created a good competitor with their Salted Caramel High Protein Ice cream. Much like the Graham’s Goodness ice cream, this is lower in carbs, has a good amount of protein, but is low-fat. Once again, it’s advisable to add some additional natural fats when eating this ice cream to reduce the postprandial spike in blood sugar levels. There is also a Choc Chip Cookie Dough flavour, but this contains more slightly more carbs.

I’m not vegan, but one of my personal favourite low carb ice creams is Oppo Simply the Zest plant-based ice cream. Oppo has a few vegan flavours, but simply the zest is the lowest carb.

The lowest carb budget ice cream that is widely available is ASDA Smart Price Vanilla Soft Scoop, 8.5g carbs or the equivalent of 2 tsp of sugar for 100ml or 2 small scoops, alongside some extra pairing such as nuts, seeds, or cream at a price of 92p for 2 litres makes this a winning ice cream!

With only 5.1g carbs per lolly, Walls Mini Milk lollies are handy to have in the freezer or to grab when everyone else is having ice cream and you want a lower-carb option.

With only 2 tsp sugar per lolly, Walls Mini Twister can be just enough to satisfy that sweet icy cold craving. As they do not contain much fat or protein, they benefit from a little extra pairing, so you could have some cheese before eating one of these.

Ice pops can be fab during the summer to nibble on, but whilst there aren’t that many carbs in one ice pop, if you eat a few a day, they can soon add up to a fair amount of extra sugar. The lowest carb ice pops available in stores at the moment are Fruit Shoot Squeezee Pops and Vimto No Added Sugar Eezy Freezy Squeezy Freeze Pops. These ice pops are almost carb-free, HOWEVER, they do contain sweeteners Sucralose & Acesulfame K which when eaten in large amounts may cause laxative effects, flatulence and cramps.

It is so easy to make your own ice lollies. There are tons of different ice lolly moulds available, especially around Summertime. Pick them up in the supermarket, in a £ shop, or online. You can get standard hard plastic ice lolly moulds, silicone moulds like Calippo push up lollies, or you can use an ice cube tray or small freezable plastic pots with lolly sticks.

You have so much choice when you make your own lollies at home, from no added sugar drinking squash to zero or diet sugar-free fizzy drinks and milk lollies made with almond or coconut milk and melted chocolate or blitzed summer berries. The great thing about making your own lollies is that you decide what ingredients to use and so you can make them completely sugar-free!

Many frozen yoghurts have more carbs than ice cream and so I find it is best to opt for a very small teat such as Claudi & Fin frozen yogurt lollies or make your own with yogurt you know you tolerate well.

Frozen Yogurt Bark
Frozen yogurt broken into pieces, ready to enjoy whenever you fancy a nibble. Perfect for desserts or snacks, a recipe that can be tweaked to your own preferences
Check out this recipe

Below I have compared many popular ice lollies and ice creams and have also converted the carbs into the equivalent amount of sugar in teaspoons. I find this helpful when looking at treat-type foods to gage exactly how much extra sugar we may unknowingly be consuming. They are sorted from lowest to highest amount of carbs:

It is up to you to decide if you think it is safe to eat this type of soft-serve ice cream during your pregnancy with respect to bacterial contamination risks from poorly cleaned machines and the merchant you are purchasing from.

A typical soft-serve ice cream (Mr Whippy, or 99) in a basic cone and flake can contain around 20-40g total carbs depending on the size. The cone has around 3g carbs, the flake 5g and the rest is sugar in the ice cream itself.

This type of soft-serve ice cream can have more than the total amount of carbohydrates found in a typical main meal depending on the size!…

There are around 38g of carbohydrates in a plain McFlurry (just ice cream).

It’s very easy to grab an iced coffee, milkshake or ice cream after eating a meal as a treat, or as a snack, but do you know how much extra sugar you are drinking or eating when having these treats?

Take a look at the tables below where I have shared the number of carbs per ice cream or drink and I have also shown how many teaspoons of sugar the amount of carbs converts to:

With coffees and iced drinks, watch out for added sugar. You’ll see that even in an iced Americano and tea there are added sugars, and milks and creams are often sweetened with sugar too.

Yazoo has no added sugar milkshakes in strawberry, banana, chocolate and toffee flavours. They come in packs of 4 or 6 x 200ml small ‘kids’ bottles and are usually found alongside UHT milk. These milkshakes are free from artificial sweeteners and contain 10g carbs per bottle, from naturally occurring sugars such as the lactose in the milk. If you crave that fake banana milkshake flavour, then this is one that is worth trying.

Frijj thicker milkshakes have a zero added sugar range in chocolate, strawberry and mango & passion fruit flavours, however, they are not as widely available at the moment. These milkshakes are a fresh product, found in the chiller cabinet, double the size of the Yazoo ones, at 400ml per bottle and do contain sweeteners; Acesulfame K, & Sucralose. A full bottle of Frijj Zero Added Sugar Chocolate milkshake contains 22.8g carbs. This is the equivalent of almost 5 ¾ tsp of sugar, one tsp more sugar than if drinking the same amount of whole (full-fat) plain milk.

If you prefer to make your own milkshake with a milk of your choice, Crusha liquid that you add to milk is now no added sugar too. Crusha contains sweeteners Acesulfame K, & Sucralose. A recommended serving = 25ml Crusha syrup and 175ml semi-skimmed milk which contains 8.7g carbs (equivalent of just over 2 tsp sugar), with 175ml semi-skimmed milk containing 8.4g of those carbs. This makes Crusha a very low-carb syrup.

Slushies can be a really lovely treat when it’s hot.

Tango Ice Blasts are sugar-free. They still contain carbs but it looks like these are coming from the sweetener used, Sucralose meaning they shouldn’t impact blood sugar levels too much.

A summertime favourite to save some pennies are Slushy cup makers such as these Chill Factor Slushy Cup Makers from Argos. There are tons of different ones available in shops, but they are a great way of making sugar-free slushy drinks.

It’s also super easy to make homemade slushies if you have a high-speed food processor that will crush ice. Here I made a slushie with no added sugar squash (diluting juice), crushed ice and some food colouring to make it look more like a real store-bought slushie! 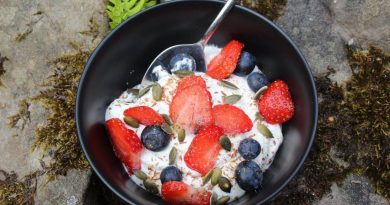 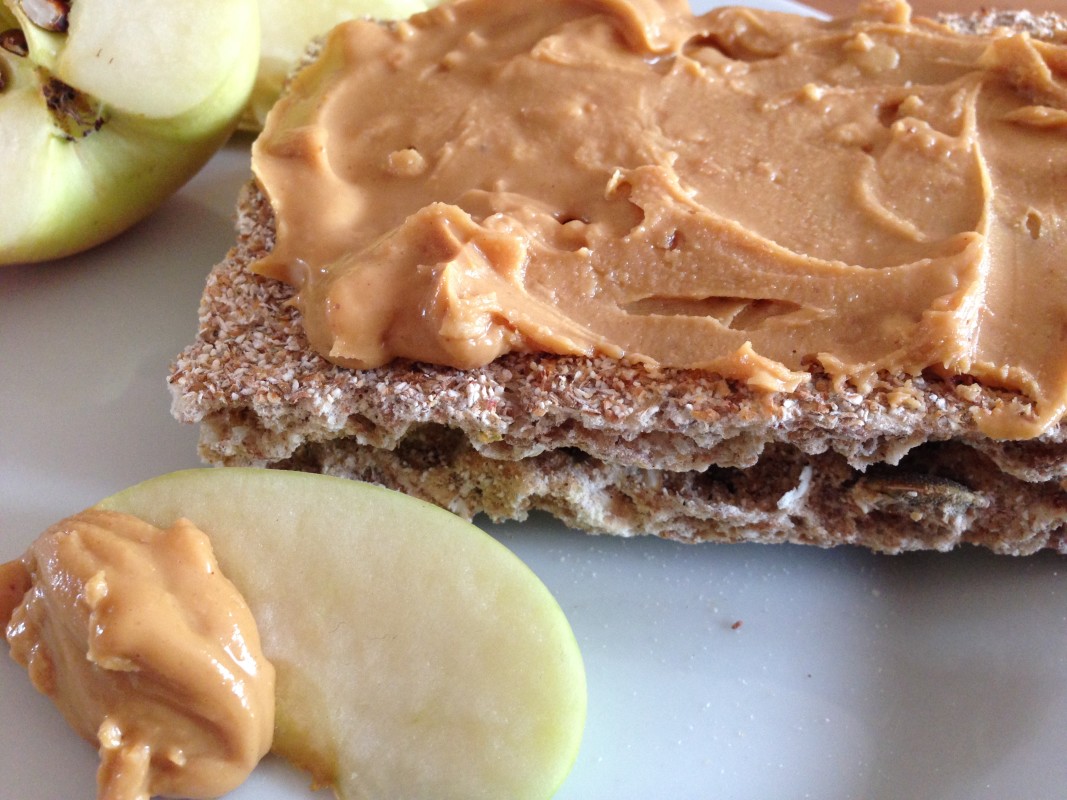 Hands up who’s been caught out by the sugar-free

Chaffles ⠀ These chaffles are the perfect low ca

Remember, the numbers on your blood glucose monito