This vegan keema pie is an Indian-spiced plant based take on traditional shepherds pie.

By using a vegan mince which is high in protein, coconut oil and coconut cream, this helps to pair the carbs found in the sweet potatoes and peas. 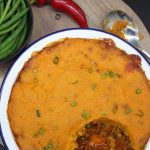 The frozen peas in this recipe can be replaced with other vegetables such as green beans, however it is not advisable to replace with sweetcorn or other starchy root vegetables, lentils, chickpeas or legumes as this will increase the carb content significantly.

It is important to use a vegan meat free mince in this Vegan Keema Pie which is high in protein (such as a soya based meat substitute) as it is the protein in the vegan mince which is needed to help pair the carbohydrates in the dish.

The sweet potatoes can also be halved and baked (roasted) in the oven instead of boiling or steaming to create the mash.

If you struggle to tolerate sweet potatoes, you could use a vegan Filo pastry on top instead, using 2 sheets of Filo brushed with melted coconut oil or olive oil. 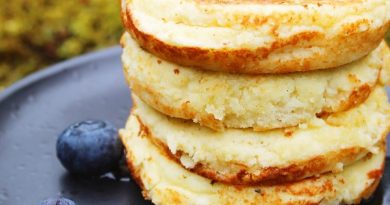 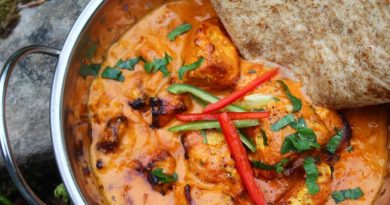 I’ve taken the plunge to move my recipes over on

Have you tried them yet??? These are my no added

Crumble and custard can be brunch can’t it?! ⠀

Calling all pregnant women and new mothers who are

We all want to control gestational diabetes with d

Those of you who have GD UK Membership will have a

I don’t have time to make a cooked breakfast...

A bit of a controversial post, but I feel I need t

Fancy a change from plain roast chicken, why not t

Sooo many Mummas have fed back that they are fed u

A simple sentence that can break a mother and what